How many times have you heard of someone being advised by an “expert” to have no “dairy” products? Does that mean, no meat, no leather shoes, no manure on the garden because it might get into your home grown vegetables? What they probably mean is the whole package of the animal milk. If you are told, “no dairy”, ask what they really mean. Anyone would be well advised not to drink ocean water, but if all the salts and impurities were removed so that the remainder was pure H2O, would you freak out and say. “Oh no, I can't have that, it's ocean derived”!

Wheylite is not the perfect food but it may help anyone who cannot handle animal milk which contains all the other bits for an animal's young. The very fact that human milk is 80% whey, says a lot in its favour.

Question 2: I was told that Wheylite is full of chemicals and contains aluminium, is this true? 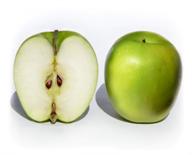 Thank you for your letter and I understand your concerns. The words "chemicals" and "additives" strike fear into the hearts of many and there is much misinformation out there. Everything on the planet is made or created "full of chemicals". These are natural and what man has discovered also. Stone fruits contain a myriad of chemicals including cyanide! There are some 22 "poisons" in oranges. Nature wages massive chemical warfare against disease and predators.

554 is not aluminum, it is sodium aluminosilicate and occurs naturally in most root vegetables.

Here is a list of chemicals which are in a product sold everywhere. Furfural Quinic acid, Amyl, acetate, malic acid, cyanidin 3, galactoside and oxoglutaric acid, citric acid, etyl 2 - methyl butyrate, methyl acetate, acetaldehyde, hexylpropionate,2 - phonyl ethyl acetate … does that frighten you? Those are the substances that make an apple.

Some of them will be familiar to you as additives in foods. Man has also learned that some of the above have other uses eg. Acetates are used in paint strippers, but that alone doesn't make it bad. Paint strippers are not for human consumption.

We use only those ingredients which are both safe and essential. Wheylite is the result of a range of ingredients which have been put together to be similar to human milk and to avoid the unsuitable parts found in cows milk. There is no such thing as basic Wheylite. It would be like an apple without the ingredients which make it an apple. The only option is whey powder itself which is also a mass of chemicals and pure whey doesn’t taste nice … Wheylite is delicious. PS: Human milk is 80% whey.

Question 3: What are some of the benefits of Whey? 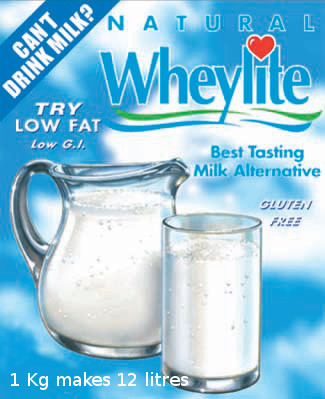 Whey protein lowers diabetes and cardiovascular disease risk factors in obese adults according to a study published in the Journal of Proteome Research and funded by the Nordic Centre of Excellence and the Danish Council for Strategic Research.

Whey is a form of protein most commonly found in dairy products such as milk and cheese. It is a popular dietary supplement among muscle builders and recent studies have also suggested that it may have health benefits in people who are obese.

Because whey is produced as a byproduct of dairy manufacture, and would have to be disposed of as waste if not purchased, it tends to be low-cost relative to other protein supplements.

Approximately 35 percent of adults and 17 percent of children in the United States suffer from obesity, placing them at increased risk of developing a variety of health problems, including cardiovascular disease and type 2 diabetes. In this population, high levels of blood sugar and high levels of blood fat after meals are considered major risk signs for diabetes and cardiovascular disease, respectively.

In order to examine these issues further, the researchers fed volunteers a meal of soup and bread supplemented with either whey, casein (another milk protein), gluten (a grain protein) or cod protein. They found that the participants who ate the whey protein had lower levels of fatty acids in their blood after meals, as well as higher levels of amino acids that are known to increase insulin levels. This suggests that in obese adults, whey protein could lower the risk of type 2 diabetes and cardiovascular disease.

Many demographics benefit from whey

The study is only the latest to suggest the cardiovascular benefits of whey consumption in some populations. For example, a study conducted by researchers from Washington State University and published in the International Dairy Journal in 2013 found that individuals with high blood pressure taking a daily whey supplement led to a six-point reduction in blood pressure. There was no effect on people who did not have high blood pressure. Prior studies have shown that blood pressure decreases on this scale can reduce the risk of fatal stroke by 35 to 40 percent and also lowers the risk of cardiovascular disease.

"One of the things I like about this is it is low-cost," researcher Susan Fluegel said. "Not only that, whey protein has not been shown to be harmful in any way."

Another study, published in the Journal of the American College of Nutrition in 2013, examined the effect of whey and soy protein supplements on resistance-trained men in their early 20s. Men were randomly assigned to consume 20 grams of whey protein isolate, soy protein isolate or maltodextrin (placebo) every day before engaging in heavy resistance exercise. Participants were not allowed to take any other supplements during the course of the intervention; vegetarians, vegans, and people on high-protein diets were excluded from the study.